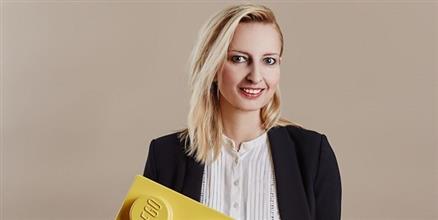 EuBea – the European Best Event Awards – has announced the name of EuBea Jury President: Andrea Faflíková, Senior PR & Event Manager of The Lego Group. Andrea Faflíková, the first woman president of EuBea Jury, will lead a panel composed by representatives of big corporations with international responsibilities and by members of European national event agencies’ associations. The Jury will establish the winners of the 12th edition of the European Best Event Awards and of the first edition of Bea World, a new global competition launched by ADC Group. The Jury will gather in Porto, where the EuBea Festival will be hosted next November 15-18, 2017.

The European Best Event Awards and the new Bea World competition will be celebrated within EuBea – The International Festival of Live Events and Communication. The event, launched by ADC Group, will be held this year with the support of Tourism of Portugal and the Association of Oporto Tourism, and the precious collaboration ofAPECATE, the association that gathers and represents the Portuguese companies of Congresses, Events and Tourist Animation. (fun)