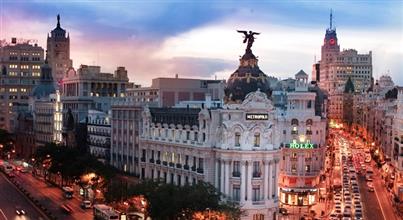 Revealed at PCMA’s Convening Leaders conference in Austin, Texas, the Spanish capital’s Madrid Convention Bureau (MCB) has been accepted as the newest member of the BestCities Global Alliance, which also includes cities such as Berlin, Dubai, Melbourne and Tokyo.  MCB is expected to become a full partner in spring 2017, following a comprehensive internal review to ensure the city surpasses the highest quality commitments required of all BestCities partners.

BestCities Board Chair, Jonas Wilstrup, Convention Director of Wonderful Copenhagen Convention Bureau said: “Madrid is one of most established and vibrant international conference destinations in the world and we are proud to welcome them into our alliance.”

With Madrid ranked fifth in the world by the ICCA International Congress rankings and voted “2016 Best MICE Destination” at the 2016 IBTA Business Travel Awards, MCB is one of the world’s most experienced and successful convention bureaus.  During the last year, the city hosted 14,283 meetings, welcoming over 1 million delegates.

David Noack Pérez, Director of Madrid Convention Bureau said: “MCB is confident on the fact that becoming a member of BestCities will not only enrich our knowledge as a CB but also that Madrid can for sure enrich the excellent offer for holding events that BestCities represents.”  (fun)