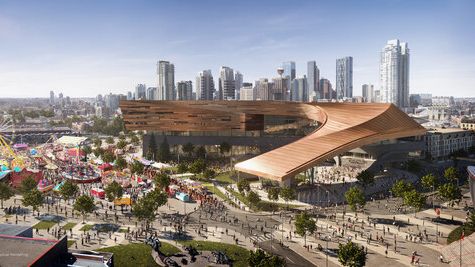 The $500m expansion of BMO Centre in Calgary is progressing: The ground-breaking for the facility on Stampede Park has taken place on April 29, 2021. The preconstruction phases have rolled out smoothly over the past 24 months. The Calgary Stampede and Calgary Municipal Land Corporation (CMLC) chose the design team in Spring 2019 and revealed the facility's design in June 2020, followed by construction of Hall F through the summer of last year. Crews have worked to prepare the site with extensive utilities upgrades and demolition work over the past year, readying the convention centre for its 560,000 square foot expansion.