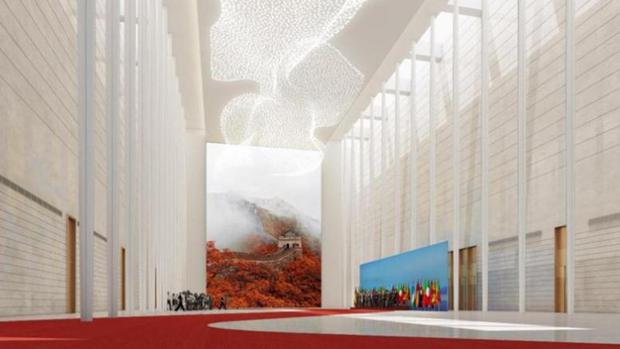 The China National Convention Center, Phase 2 (CNCC-II), which served as the Main Media Center (MMC) for the Beijing 2022 Winter Olympics and Paralympics, is on track to begin its next role as China's premier international convention centre. Located in the heart of the Beijing Olympic Central Precinct and scheduled to open in early 2025. "Technology will be central to every interaction at CNCCII - from marketing and selling the centre to planning and hosting events to the ultimate visitor experience." says Rod Kamleshwaran, pre-opening consultant of CNCCII.

„Technology will be central to every interaction at CNCCII“
Rod Kamleshwaran, pre-opening consultant of CNCCII
The Convention Center will deploy a digital scene platform and an intelligent event application platform based on 5G, cloud computing, the Internet of Things and other technological innovations. When stepping into CNCCII's VIP atrium, one cannot miss its giant LED screen 25 m high x 18m wide with 8K resolution making this convention centre the first in China to offer a digital display of this scale. The AR Indoor wayfinding system allows users to find their way in and around CNCCII's 420,000 sqm using their smartphones through dynamic and continuous location guidance. A metaverse replica of CNCCII will make site inspections faster and easier, dramatically reducing time and resources spent on-site. This VR technology means the centre can be explored while interacting with the venue's sales people. Planners can also customize their desired space in the metaverse replica to suit the needs of every event.