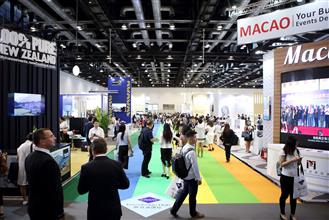 IBTM China has revealed that it is ahead of target with Corporate Hosted Buyer confirmations for its 2018 event in Beijing on 12-13 September, including buyers from countries such as Hong Kong, Singapore, Macau, Russia, South Korea and Europe, as well as a large proportion of domestic Chinese buyers. Over 150 Hosted Buyers have already confirmed from brands including IKEA, Johnson & Johnson Medical Companies (Shanghai), DBS Bank, Mary Kay China, Carrerfour China，Lenovo, NTUC Income, Philips, and Provident Capital Group Inc., and corporate buyers this year make up 30% of the total. An average of 15 new Hosted buyers are being approved each week, with an expected final number of 350.To date this year, two major Hosted Buyer groups have confirmed, including Merak, a MICE tech company, which will bring 20 high quality corporate buyers from Shanghai, and Accor Hotels Group, which will bring 10 buyers from Singapore and Malaysia. Nicole Ci, Event Manager, IBTM China, says: “We are delighted with the number and high calibre of Hosted Buyer registrations so far, especially as achieving such a high percentage of corporate Hosted Buyers is not easy in the Chinese market. To have so many high profile corporate buyers in one place is a strong draw for exhibitors looking to attend, make connections and ultimately do business in the region.” www.ibtmevents.com