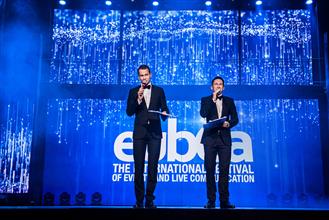 ADC Group and APECATE announce that the 12th edition of The International Festival of Events and Live Communication – EuBea 2017 – will  be hosted in Oporto between the 15th and the 18th of November 2017 with the support of Tourism of Portugal and the Association of Oporto Tourism. EuBea – the European Best Event Awards – is an initiative launched in 2006 by ADC Group as a key competition in the field of event marketing. “The works for the 2017 edition of EuBea have started under the best possible auspices”, says Salvatore Sagone, President of EuBea Festival and CEO at ADC Group. “We are fortunate to have as organizational partner the association of the best event professionals in Portugal. No doubt, the next edition will be a great success and able to spread the word EuBea throughout the world, also thanks to a new and special section of the competition – Bea World – which will be dedicated to the global event market”. Ana Fernandes, Vice-President of APECATE, responsible for the Event in Portugal says: “This event will be very important for Portugal, more specifically for the Greater Oporto. On the tourist and economical level, EuBea will receive agencies from more than 29 countries and this year opens the doors to global agencies that will not only participate in the Festival but also witness the potential that Portugal has to capture and organize events.” (wün)