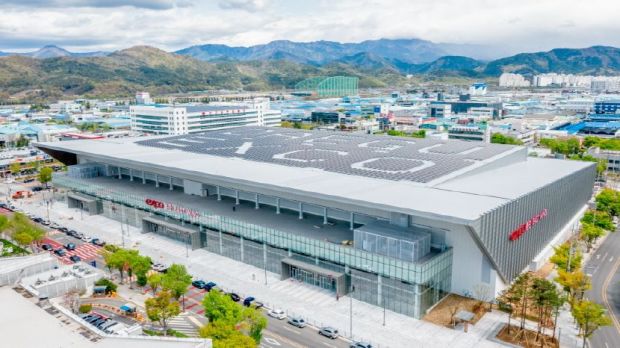 The second expansion of EXCO in Daegu has been completed to coincide with the opening of the International Green Energy Expo on April 28, 2021. EXCO is Daegu's main convention centre and opened as Korea's first regional exhibition and convention center in April 2001, with an initial exhibition area of 3,872 m2.

The centre underwent its first expansion in 2011 to an area of 14,415 m2, which allowed major international events to be hosted, raising the status of Daegu as an international conference destination. Now EXCO has undergone its second expansion with the opening of the East Wing, offering an exhibition area of 15,000 m2 with one basement level and two ground levels. Combined with the original space, EXCO now meets the 30,000 m2 exhibition space requirement to host large-scale international events.

Daegu is recognised as Korea's city of industry and science, home to the Samsung Creative Campus and Daegu High-Tech Medical Cluster.