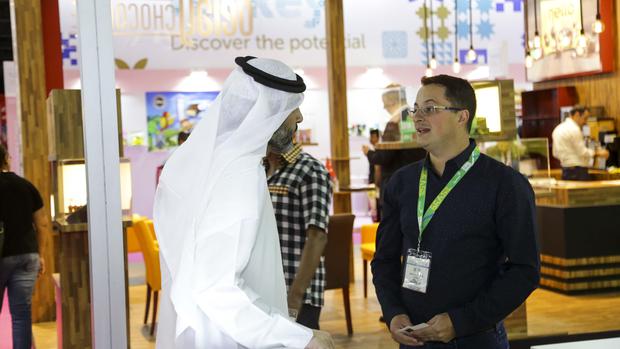 The last Yummex Middle East was staged from November 9 to 11 concurrently with Gulfood in the Dubai World Trade Center. In future, the show will be held as ISM Middle East and therefore visibly as part of the ISM brand family. Director Jan Philipp Hartmann is looking forward to benefit even more in the future from the know-how, experience and network of the world's largest trade fair for sweets and snacks. Since 2015, the trade fair has been staged with the name Yummex. Unfortunately, the pun did not really catch on. And it was not really apparent how it related to Koelnmesse and ISM, says Hartmann, who is confident that the association with the global ISM network will lend wings to the established status of the sweets and snacks fair in the MENA region.


"With this step we are strengthening the positioning of the event as the industry's leading business platform in the Middle East and North African region. As one of the world's largest sweets events, it thus complements the offer of the International Sweets and Biscuits Fair (ISM) in Cologne," explained Denis Steker, senior vice president international of Koelnmesse.
„We are strengthening the positioning of the event.“
Denis Steker, senior vice president international Koelnmesse
With far more than 9,000 visitors and 17 participating countries, Yummex notched up some record figures. Hartmann puts that down to the currently running Expo 2020. Many countries not only took part in the World Expo but also boosted their presence there with trade fair appearances. Koelnmesse's partner in Dubai is the Dubai World Trade Centre (DWTC).