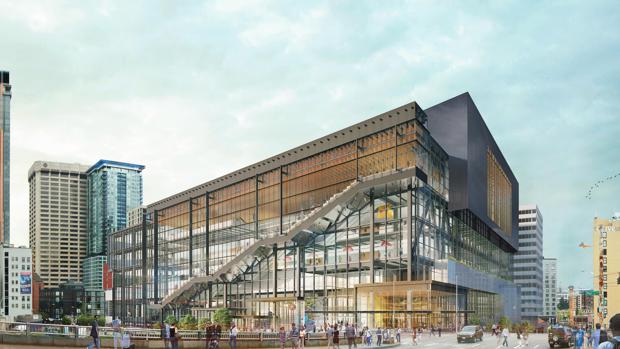 573,770 square feet of event space including 62 meeting rooms, a 58,000-square-foot column-free and divisible ballroom featuring 3,900 suspended planks of reclaimed wood, 248,450 square feet of exhibit space, 140,700 square feet of naturally lit lobby space and the 14,000-square-foot outdoor Garden Terrace. Covering 1.5 million square feet, Summit and the original Arch building, one and half blocks away, together create a campus built to usher in the future of meetings and conventions.

The building is also situated off Interstate 5, providing easy access to Seattle-Tacoma International Airport, and is near to the Link light rail and other public transportation. For those driving in, SCC operates three garages, including one at Summit. Summit is projected to achieve LEED Gold certification, having used environmentally friendly design elements during the construction and planning with the same intention for its operations.