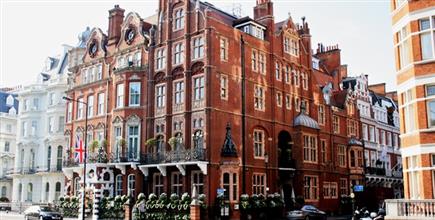 The latest ECM-MKG European Destinations Observatory report points out that for the first nine months of 2016, the Revenue Per Available Room (RevPAR) experienced slight growth by 0.4% compared to the same period in 2015. The Occupancy Rate is nonetheless slightly down (-0.5 point), but growth is driven by the Average Daily Rate (ADR) that is up 1.1%.

Overall, growth has been timid but allows the continent to post results that are generally positive, thanks to the Iberian Peninsula, Poland and Germany in particular. Warsaw posts a RevPAR up by 8.9% thanks to the organisation of NATO summit in July, Polmun and Codemotion in September. On the Iberian Peninsula, tourist arrivals continue to grow under the effect of their internal dynamics (improved economic context) and carryovers of visitors from Mediterranean destinations affected by terrorist attacks in recent months (Turkey, French Riviera, Egypt, Maghreb...). All cities in Spain (+14.2%) and Portugal (+8.7%) gained a strong RevPAR growth. Germany, meanwhile, is following a positive growth trend, +4.5% of the RevPAR. However, in spite of a strong business activity, Berlin, Cologne, Dresden and Frankfurt are on a downtown trend, while Düsseldorf, Nuremberg and Leipzig recorded an increase by 18.7%, 17.9% and 9.6% respectively.

Italy (-4.5%), meanwhile, posts a drop in its RevPAR compared to 2015 when activity was sustained by Expo Milano and the Biennale di Venezia. These two cities record respectively a RevPAR drop by 17.8% and 7.5%. Belgium observed a drop in its hotel performances, with a RevPAR down by 14.8%. Brussels dropped by 22.1%, mostly due to a 15.9 points decrease in Occupancy Rate, aftermath of attacks in March. France knew a RevPAR decrease by 5.8%, driven by the two strong touristic poles (Paris and Nice) that had respectively a 8.9 and 4.4 points drop in Occupancy Rate compared to last year. The context of insecurity that has pervaded Belgium and France since the attacks continues to hurt tourist arrivals.

No catastrophe followed "Brexit" in the United Kingdom: the RevPAR grew by 1.4%. Edinburgh and London keep on getting the best Occupancy Rate in Europe. All ECM members have exclusive access to the complete ECM-MKG European Destinations Observatory report with all the graphs and analysis. (fun)