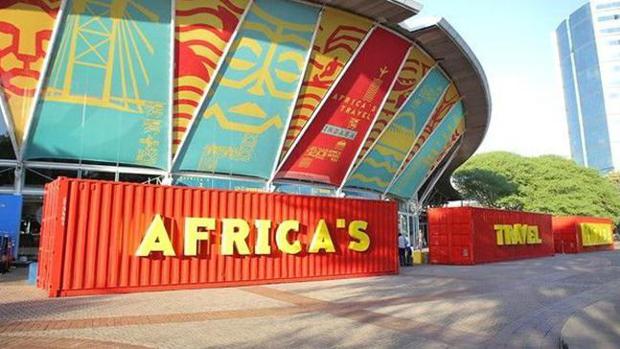 Africa's Travel Indaba will be returning to Durban's Inkosi Albert Luthuli Convention Centre for the next three years following a signing ceremony to confirm the venue until 2025. "Africa's Travel Indaba will once again see Durban's Inkosi Albert Luthuli Convention Centre turn into a lively hub of activity from May 9 to 11, 2023" Themba Mzilikazi Khumalo said.


Present at the signing ceremony were South African Tourism acting chief executive officer Themba Mzilikazi Khumalo, Tourism KZN acting chief executive officer Nhlanhla Khumalo, eThekwini municipality city manager Musa Mbhele and Durban ICC chief executive officer Lindiwe Rakharebe. Owned and managed by South African Tourism and hosted in partnership with Tourism KZN, the eThekwini municipality and Durban's ICC, Africa's Travel Indaba is a big economic contributor to the city and province.
„The signature venue for Africa's Travel Indaba is waiting to warmly welcome thousands of delegates for the next three years.“
Lindiwe Rakharebe, CEO Durban ICC
Nhlanhla Khumalo said: "Africa's Travel Indaba brings thousands of travel buyers from across the world to our province and plays a pivotal role in helping us to implement our tourism sector recovery plan, particularly in reviving our international markets. This trade show is also key in the development of our tourism small, medium and micro enterprises that are given the opportunity to showcase their products and forge deals that can grow their tourism businesses.

" Rakharebe said Africa's Travel Indaba is a great showcase of the diverse tourism products South Africa and the continent has to offer and brings together local and international stakeholders in the tourism sector. The Indaba will allow the Durban ICC to continue making its valuable contribution to the economy, providing employment and sustaining many livelihoods in the tourism sector's broad value chain.