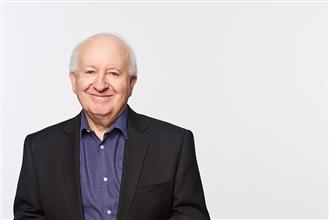 Over 3,200 hosted buyers and an additional 2,500 plus attendees came to Las Vegas, and Tuesday and Wednesday were the busiest days ever at IMEX America. With more than 3,300 exhibitors representing 150 countries and a major expansion of the Inspiration Hub, the seventh IMEX America was the largest ever. A significant factor in this growth was that 58 booths - 20 per cent of returning exhibitors - had booked larger spaces and the show welcomed 64 new booths As more than 70,000 appointments were made including 60,000 individual appointments and booth presentations, Ray Bloom said, “For exhibitors and buyers this simply means that we’ve created more opportunities than ever to do business.” He also drew attention to an important milestone; the 150th IMEX-MPI-MCI Future Leaders Forum took place at the show. “We’ve always been committed to actively encouraging students from around the world to make careers in the meeting and incentive travel industry. Over the years more than 7,500 young people have taken part in this program and many have since gone on to positions in the industry. It’s very pleasing to see how far they’ve progressed.” Discussing the show’s extensive education program, Ray Bloom highlighted the new Event Design Certificate course and the Association Leadership Forum, created by ASAE, a new special education program which had brought together 85 association CEOs and executives on Monday. He also said that the Executive Meeting Forum for meetings strategists working in the corporate sector had attracted 30 senior executives from companies including BP, Allianz AG, McDonald’s, PwC and Toyota with an annual buying power in excess of $2.5bn.
During the week, 250 education sessions took place, covering ten education tracks, and attracted several hundred participants. 80% of the sessions were assigned with CEs for CMP certification. Adding to the overall show experience was the new Inspiration Hub which used inflatable domes for the seminars, campfires and white space areas for the first time.
Looking to the future, the IMEX Group announced that it has formed a partnership with Skift with its new Skift Cities platform that will examine how mid-sized cities are leveraging their innovation economies to reposition themselves in the meetings industry as catalysts and collision spaces for new ideas. This will result in the publication of a trends report in 2018.
Ray Bloom concluded, saying, “This has been a week when the positive outlook of everyone has ensured that doing business, planning meetings and events continues to be a powerful way to regenerate and drive economies forward.”   www.imexamerica.com