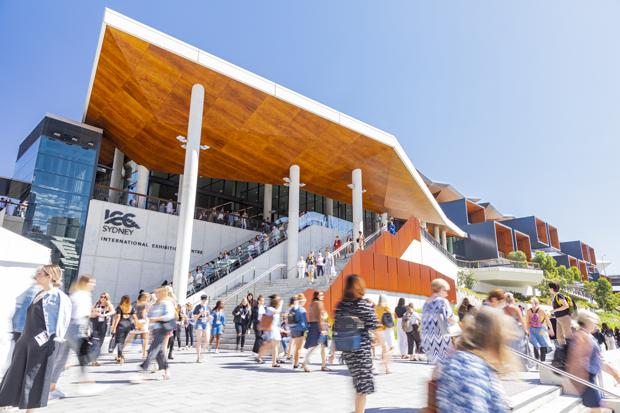 Strong leadership, a culture of innovation and a focus on sustainability at ICC Sydney have contributed to increased event attendance and economic returns to the community during the 2022 financial year, with the venue projecting a sooner than expected return to FY 2019 figures. Also, International Convention Centre Sydney (ICC Sydney), managed by ASM Global, has reported that its event visitor attendance and visitor spend in the community have doubled since the previous financial year following the release of its 2021/22 Annual Performance Review from September 8.

The convention, exhibition and entertainment venue welcomed over 470,000 visitors that delivered A$190 million in visitor expenditure across 300 events — up from 200,000 visitors and an economic contribution of A$80 million in FY 2020/2021.

ICC Sydney CEO and ASM Global (APAC) Group Director of Convention Centres, Geoff Donaghy said the efforts of the team over the first eight months of the year were rewarded in the final four months of the year when operating restrictions were eased in Sydney.

“Our ability to stay open, keep our core team engaged with clients and stakeholders while fostering a culture that enables our people to deliver new solutions to fluid challenges has delivered this outstanding result,” Mr Donaghy said.

NSW Premier Dominic Perrottet said ICC Sydney was already contributing to a revitalised city centre while playing a role in attracting business and talent back to Australia’s leading global city.

“ICC Sydney’s global reputation for innovation is central to its success. The venue bounced back as soon as operating conditions allowed and are set to return to contributing around A$1-billion a year to Sydney and regional communities across New South Wales,” Mr Perrottet said. “Thousands of visitors attending events at ICC Sydney each week are filling up hotels, restaurants and retail outlets, as well as tourism opportunities. It’s great to see the CBD come alive again.”

The earlier than expected return of international events and the changing values shift of clients and attendees towards sustainable venues and communities have also played a role in keeping strong levels of business flowing to ICC Sydney. “Pent up demand meant domestic business levels returned at pace and in volume. Add to this the return of international events and we are now forecasting a return to FY 2019 figures in FY 2025 – a year earlier than previously projected,” Mr Donaghy said.

Despite the operating conditions throughout the financial year, and in alignment with the ASM Global Acts worldwide sustainability and equity program, ICC Sydney’s new services and steadfast focus on more sustainable outcomes, particularly the potential to leave a positive social impact when events returned, have led to concrete results for the venue and city alike.

Donaghy added, “ICC Sydney has continued its focus on making a difference in our community and we released our second Reconciliation Action Plan, renewed our Legacy Program guide for event organisers wanting to creative positive social impacts or lighten their environmental footprint through their events with us and built on our ‘employer of choice’ position through an active diversity and inclusion program across the workforce.”

ICC Sydney is Australia’s premier convention, exhibition and entertainment venue. The showcase international venue underpins Sydney’s place as one of the world’s most desirable meeting and major events destinations. ICC Sydney is the epicentre of a 20-hectare transformation of Darling Harbour by the NSW Government to highlight Sydney as the first choice in Australia and the Asia Pacific region for the major events industry. A NSW Government project, ICC Sydney was delivered in partnership with Darling Harbour Live, comprising Lendlease, Hostplus, Aware Super, Capella Capital, ASM Global and Spotless FM. 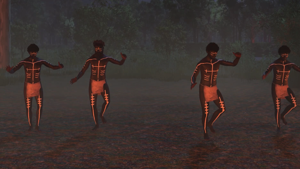 ICC Sydney
AR-connection to First Nations culture
End of an era Down Under
Freeman closes Info Salons in Australia
A prominent name on the landscape of exhibition services in Australia will be closing its doors at the end of October forever: Info Salons.
Conventions in Australia
ICC Sydney Activates Virtual Solution for Medical Conference
Due to changes in restrictions, ICC Sydney converts the leading event 2021 from a peak medical body to be completely virtual by using ICC Sydney´s Connect platform.