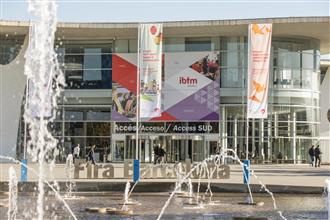 IBTM announced Duncan Wardle, one of the primary creative forces behind The Walt Disney Company, as the first of three exciting keynote speakers lined up for IBTM World 2018, taking place in Barcelona from 27-29 November. Duncan’s session leads the ‘innovation, technology and creativity stream’ of the Knowledge Programme and will kick-off the schedule on Day 2. Titled ‘Think Different the Disney Way’, Duncan will draw on his 25-year career with The Walt Disney Company, and his experience leading a team of creative ideation consultants, to show how leveraging creative thinking can generate far reaching and unexpected business results. Duncan was part of the team that led the delivery of EuroDisney and Disney cruises and held several roles in the company before being appointed Vice President of Innovation and Creativity. Duncan is now an independent Innovation Consultant, working with companies such as Coca Cola, Ford and Johnson & Johnson.
Shane Hannam, Portfolio Director, IBTM, comments: “We’re delighted to announce our first keynote speaker for IBTM World 2018. We look to inspire people with fresh-thinking from outside of the industry, and Duncan really epitomises this. He will give real life examples from his time at Disney, including sharing a toolkit to inspire and different way of thinking to drive change in the culture of a business – something that will be of direct benefit to our customers.” www.ibtmevents.com
tags:
Duncan Wardle The Walt Disney Company Walt Disney Barcelona