inVOYAGE 2019 heads to the Principality of Monaco 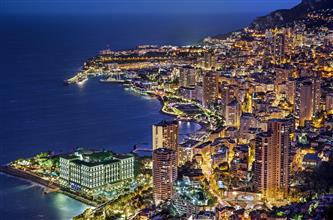 Invoyage, the leading international event for the luxury MICE sector, has partnered with the Monaco Government Tourist & Convention Authority and its local partners to bring invoyage 2019 to the Principality of Monaco in October. The sixth annual invoyage will bring luxury travel brands together with high-level event planners representing some of the world’s leading corporations. Taking place at the Hotel Hermitage Monte-Carlo and brand-new conference space One Monte-Carlo, inVOYAGE 2019 will create an encompassing destination and cultural discovery showcasing hotels and venues such as the re-invented Hotel de Paris Monte-Carlo, the refurbished Columbus Monte-Carlo, and the uber luxury Hotel Metropole with much more planned. Richard Joslin, invoyage co-founder and CEO said: “We are absolutely delighted to be bringing invoyage to the Principality of Monaco in 2019. We’ve been working closely with the Monaco Tourist Authority and all its partners for several months now with the objective of showcasing a new side to Monaco – a juxtaposition of classic and contemporary luxury underpinned by authenticity, sustainability and Monegasque culture. We’re very excited for what’s in store at invoyage 2019 in Monaco.” www.invoyage.net