Photo: Pelargoniums for Europe on Unsplash 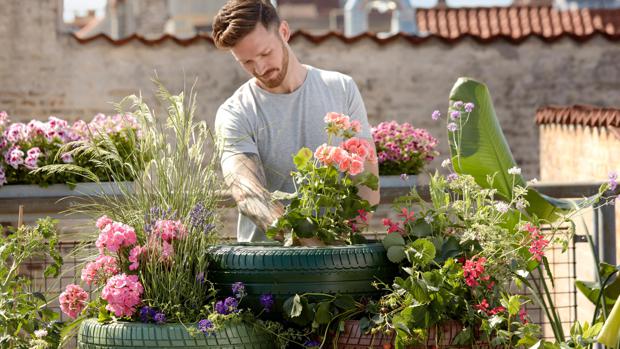 IEG – Italian Exhibition Group S.p.A. has acquired 75% of shares in V Group Srl, the company that organises the Myplant & Garden trade show. The exhibition established in 2015 hosts companies operating in the horticultural-floricultural and gardening sector, highlighting the value of green areas for the quality of life, climate, health and well-being inside and outside the home and urban environments.


IEG's acquisition will not change the company's governance: Valeria Randazzo, creator of the show, will still act as CEO. The agreement aims to promote and enhance the managerial and operational autonomy of those who have earned Myplant & Garden a position of absolute prominence. Becoming part IEG will allow Myplant & Garden to accelerate its growth rate on the international scene and further consolidate its Italian leadership, thanks to investment in innovative initiatives, partnerships and new markets.
„The aim is to generate new development horizons for companies.“
Lorenzo Cagnoni, president, IEG
"This is a strategic acquisition that further enriches IEG's exhibition calendar", says Lorenzo Cagnoni, president of the Rimini-based company. "The aim is to generate new development horizons for companies. We are perfecting a development project that will find mutual points of synergy between Myplant & Garden operators and some of our outdoor contract exhibitions. The plan will come into effect in 2023 and we will be presenting it in detail next November."

The event will continue to be held in the halls of Fiera Milano Rho in the coming years. The next edition is scheduled to take place from February 22 to 24, 2023. The last show saw 45,000 square metres of exhibition space, 18,500 trade visitors 20% of whom came from abroad, 116 official buyer delegations from thirty countries. At the same time, the Myplant & Garden Consortium, formed by a group of companies representing the green supply chains that have supported the event since its inception, has undergone a change in top management with Marco Orlandelli now as the new president, taking over from Gianpietro D'Adda, who had been in office since 2015.