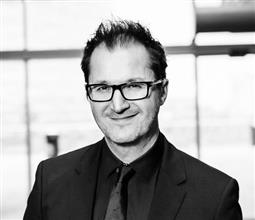 James Rees, Executive Director at ExCeL London, has been elected as the new ICCA president at the General Assembly of the 57th ICCA Congress, which took place from 11-14 November 2018 in Dubai, United Arab Emirates. Rees was first elected to the ICCA Board in 2012 and became a Vice President in 2017. Before this he served in leadership positions in ICCA’s UK & Ireland Chapter. Competing for the ICCA presidency alongside Rees were Juan José Garcia and Eric Bakermans, both long-term members of the global association’s Board. The three candidates ran very extensive campaigns to win the ICCA member vote. Commenting on his win, James Rees said: “What we can do, with the right leadership, is to use ICCA’s strengths to drive that innovation, creativity, and incentive for improvement. And this is what I am going to deliver. As ICCA President, I will be a true advocate for our business, a champion of our sector and ensure that ICCA’s voice is heard by government, in a language they understand. It will be an honour and privilege to serve as your President.”