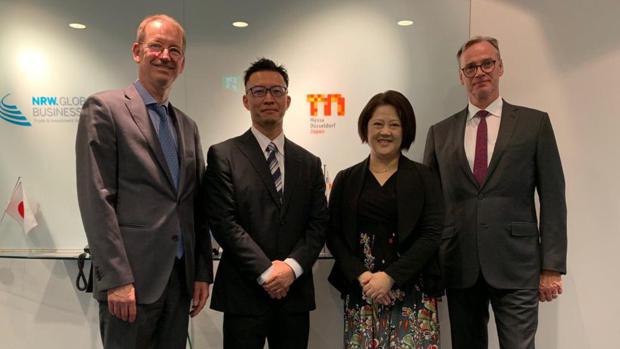 Chocolate and wine are an excellent match, as the exhibition companies in Düsseldorf and Cologne are well aware – and so they are pooling their competencies in Japan.


Koelnmesse is organising an event focused on gourmet food and ISM Japan, which adds confectionary and snacks to the product range. ISM Japan will premiere in 2023 from April 12 to 14. Messe Düsseldorf is expanding with its Wine & Spirits portfolio in conjunction with the world's leading trade fair Prowein. The company is taking over the wine segment of the existing Wine & Gourmet from Koelnmesse and will organise it as Prowine Tokyo from 2024. Already from 2023, the title will be Wine & Gourmet (April 12 to 14) – powered by ProWein.
„We are confident that we can create added value for the sector.“
Michael Degen, executive director, Messe Düsseldorf
So in future Koelnmesse will focus on the gourmet-food segment as well as on its core competencies in the food sector in a complementary way with ISM Japan. The colleagues from Düsseldorf will contribute their expertise and global wine sector network.

"By extending the event to include ISM Japan and combining ProWine Tokyo with our gourmet focus, we are creating an optimal offering for our customers from the respective sectors and a unique platform for Japanese retailers at the same time", Denis Steker, senior vice president international of Koelnmesse GmbH explains.

The fitting setting for the two trade fairs is provided by FABEX, which is organised by special-interest publisher Japan Food Journal. It is held annually concurrently with a number of other trade fairs for gourmet food and beverages at the Big Sight exhibition centre in Tokyo. "On account of the partnership with FABEX, we are operating in a very appealing setting. Koelnmesse has laid the foundation for successful business in Japan, which we leverage to generate growth. All in all, we are very confident that we can create added value for the sector with ProWine Tokyo", says Michael Degen, executive director of Messe Düsseldorf und chairman of the board of Messe Düsseldorf Japan.