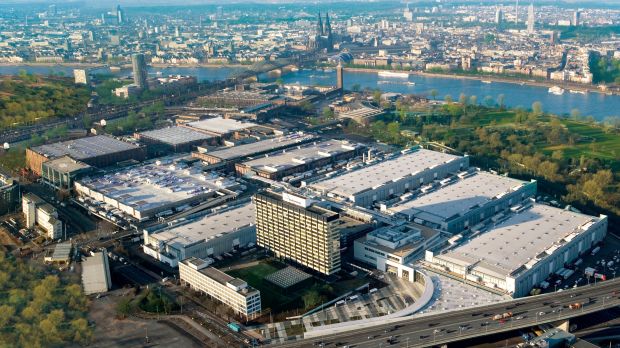 In close cooperation with the City of Cologne, Koelnmesse GmbH has fundamentally renewed its traffic guidance system, which dates back to 2005, and adapted it to the significantly increased complexity of traffic volume. From now on, all logistics and visitor traffic can be controlled according to the respective traffic situation. This will make traffic at trade fairs safer and smoother in the future, while significantly reducing emissions of carbon dioxide and nitrogen oxide. "Sustainable mobility transformation and a good transport infrastructure are essential for us. Our goal consists of achieving sustainable mobility that is both environmentally friendly and economically efficient," says Managing Officer Herbert Marner.

Renewal of the traffic guidance system is part of the overall strategy for the digitalisation of traffic management at Koelnmesse and in the City of Cologne. The measures are supported and promoted by the Federal Ministry of Transport and Digital Infrastructure as part of the "Digitalisation of Municipal Transport Systems".
„Sustainable mobility transformation and a good transport infrastructure are essential for us.“
Herbert Marner, Managing Officer
As part of the project, dynamic and static signposts have been replaced or new ones installed by the City of Cologne's Traffic Management Office. Special attention was paid to the choice of locations in order to create a coherent overall system in combination with existing static signposts and the city's guidance system. From now on, all trade fair traffic will be routed to Koelnmesse using a radial grid of signposts.

Another core element of digitalisation is the interaction of the new traffic guidance system with the NUNAV navigation app. The app uses collaborative routing to make individual driving recommendations along the routes defined in the radial grid, thus distributing traffic ideally within the road network. "We have developed another digital building block to improve the customer experience and increase the success of our trade fairs for Koelnmesse and our customers. In addition, we are making an active contribution to the City of Cologne's clean air plan by reducing congestion and waiting times," says Dr. Georg Klumpe, Vice President Infrastructure at Koelnmesse GmbH.