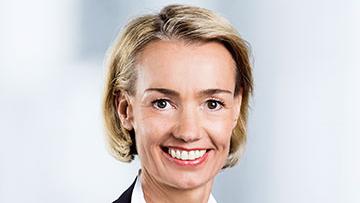 Sandra Orth, managing director of Koelncongress, ceased to work for the Koelnmesse group at the end of January 2022. She has decided not to extend her contract for personal reasons in order to devote herself to new responsibilities.


A move that the board of Koelnmesse expressly regrets: "We would have liked to continue together along the successful path of integrated marketing for guest trade fairs, congresses and events from a single source, in the development of which Sandra Orth played a major role," says CEO Gerald Böse.

After working in a managerial role for many years at the trade fair organiser Reed Exhibitions, Orth took on responsibility for the guest event and events business at the Cologne site as managing director of Koelnmesse Ausstellungen in 2007. Since 2020, she has held one of two board positions at the wholly-owned subsidiary Koelncongress, which arose from the merger of Koelnmesse Ausstellungen and Koelnkongress.
„We would have liked to continue together along the successful path. “
Gerald Böse, CEO Koelnmesse
The appointment process for the board position has already started. Until further notice, Bernhard Conin will be performing the role of general manager as part of the existing two-person board – with the support of Ralf Nüsser as newly appointed director holding full power of attorney.