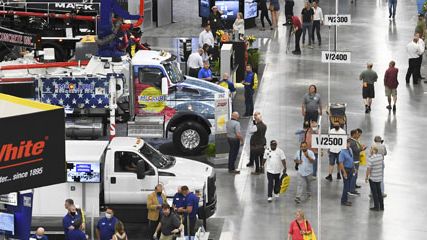 The West Hall features a contemporary design with 600,000 square feet of exhibition space.