Name and team for new art fair in Paris revealed 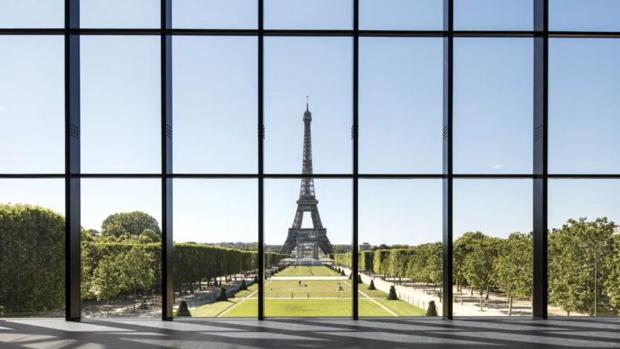 "Paris+, par Art Basel" (Paris+, by Art Basel) is the title of the new fair for contemporary and modern art. After Art Basel had been chosen in January by the Réunion des musées nationaux – Grand Palais to be the organiser of a new exhibition for contemporary and modern art in the iconic Grand Palais in Paris, the name of the show was announced together with its Swiss parent company MCH Group.


The first edition of Paris+ will be held in the Grand Palais Éphémère in the historic heart of Paris from October 20 to 23, 2022, with a preview day on October 19. The new format is intended to celebrate the city's standing as a cultural epicentre and reflect the exhibition organisers' claim to create a flagship event. The show is to radiate throughout Paris and highlight the dialogue between the city's cultural industries – from fashion and design to film and music.
„We will deliver a strong premier edition of our show this fall. “
Marc Spiegler, global director, Art Basel
Paris+, par Art Basel is headed by Clément Delépine who, as the exhibition director, runs the management team, which also incorporates general manager Virginie Aubert and deputy director Maxime Hourdequin. Delépine is the former co-director of Paris Internationale, a fair showcasing young galleries and emerging artists. Aubert last worked as vice president of Christie's France, where she managed the company's business development strategy. Hourdequin was previously deputy director of the Foire internationale d'art contemporain, better known as FIAC.

"We're excited to have such a strong team at the helm of our new fair in Paris", says Marc Spiegler, global director, Art Basel. "I am confident that with their range of experience and perspectives, we will deliver a strong premier edition of our show this fall – that capitalises both on Paris's unparalleled legacy as a cultural capital – and on its position as a vibrant crossroads for today's contemporary culture."