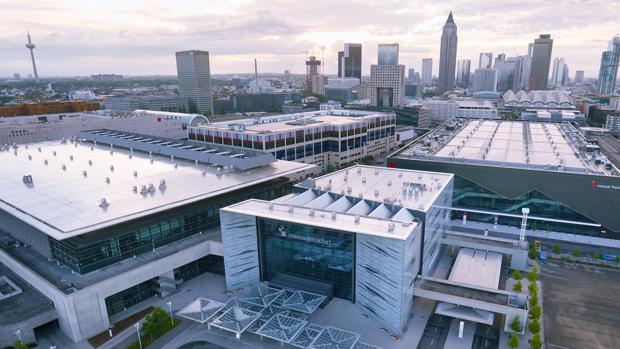 Messe Frankfurt has set itself ambitious targets for 2022. Wolfgang Marzin sees every reason for confidence and optimism in the "high level of interest in events held under the Messe Frankfurt umbrella, both in Germany and internationally."


The chairman of the Messe Frankfurt board was adamant at the corporate press conference on June 28: "If everything goes according to plan, if we are free to organise trade fairs – and, in turn, if the event business continues to return to normal – we expect sales for the current financial year to be more than €400 million", Marzin said.
„By taking extensive measures we succeeded in providing the group with sufficient liquidity.“
Wolfgang Marzin, president and chief executive officer, Messe Frankfurt
The company had in fact been on course for revenue of 541 million euro, but the collapse of business in China due to the zero-COVID strategy there had scuppered the original target. Messe Frankfurt turns over 35 percent of its sales in China. The deficit of 40 million euros actually aimed for will therefore be higher but remain in double digits, Marzin explained. The management is not discouraged by such setbacks: Messe Frankfurt is aiming to return to pre-COVID levels by 2025 – provided everything goes as planned. In 2019, the group had achieved sales of 736 million euros.

Financial year 2020 was already difficult for Messe Frankfurt due to the pandemic, but 2021 turned out to be the real challenge. As Marzin recounted, 2021 will go down in history as the first "non-exhibition year". Because the spring events (Heimtextil, Christmasworld, Ambiente and so on), which are extremely important for the company, had to be cancelled, sales fell to around 154 million euros (2020: approximately 257 million euros). "By taking extensive measures – with the active support of our shareholders – we succeeded in providing the group with sufficient liquidity", said Messe Frankfurt CEO Marzin. As things currently stand, the company is "fully financed until the end of 2023".