Finishing in the red 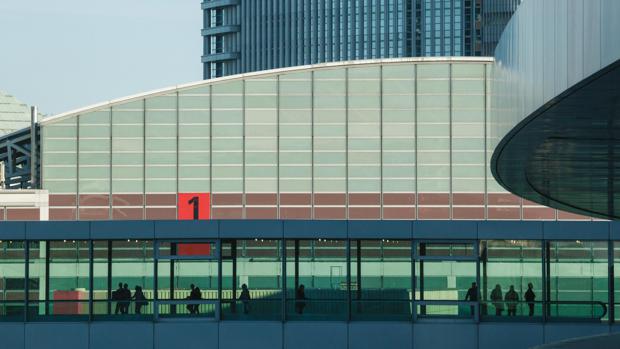 The phrase "planning certainty" has currently been removed from Messe Frankfurt's vocabulary, Wolfgang Marzin, president and chief executive officer of Messe Frankfurt admits. However, speaking at the year-end press conference on December 7, 2021, he also said: "Trade fair people are optimists."


And pragmatists. They have to be. After all, before corona, around 150 fairs and exhibitions "made by Messe Frankfurt" were held all over the world. In financial year 2021, the figure was less than half. In the first half of the year, almost no events could be held, above all in Frankfurt. In figures, that means: The company expects sales to be in the region of 140 million euros (2020: 257 million euros) and the group result will be lower than in the previous financial year, in which the months of January and February could still be used. Marzin evaluates the loss at "presumably 200 million euros ", but also quickly added: "We hope we can still avoid this figure." The definitive figure will not be known until later and will be announced in mid 2022.
„The physical trade fair business model is alive and well. “
Wolfgang Marzin, president and chief executive officer of Messe Frankfurt
Even though Messe Frankfurt is slipping further into the red, it still views the coming financial year with cautious optimism. It is registering "a very strong desire on the part of our customers to participate in our trade fairs, even though the situation remains volatile and there is much uncertainty in the sector", says Wolfgang Marzin. "The physical trade fair business model is alive and well – with a complexity and diversity that is only found in face-to-face interaction", the trade fair boss emphasised. The trade fairs that have been held over the past few months under tried and tested safety and hygiene standards have all pointed to a high level of intensity and customer satisfaction. To get going again successfully – the company plans to reach its pre-covid level again in 2024 – more than 500 events are planned for financial year 2022, including many flagship events at the Frankfurt base, such as Ambiente, Light + Building and IFFA. However, the future development of business will depend on the progress of vaccinations around the world, on the attendant relaxation of travel restrictions, the resumption of business travel and the desire to be globally active again.