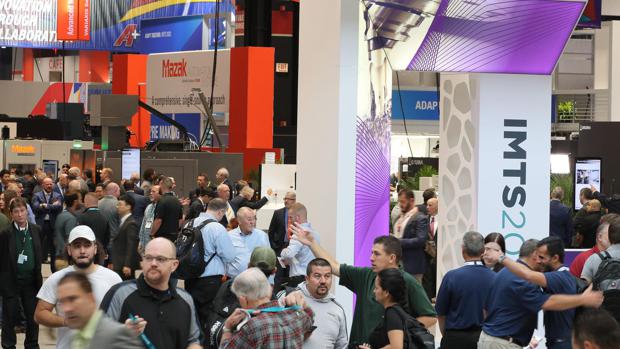 After 10 years of a successful collaboration producing co-located shows at IMTS – The International Manufacturing Technology Show, AMT – The Association For Manufacturing Technology and Hannover Fairs USA have mutually agreed to move in new directions. The move gives Hannover Fairs USA the ability to expand and both trade shows the flexibility to look into new sectors and initiatives. AMT owns and produces IMTS, the largest and longest-running manufacturing technology trade show in the United States. AMT collaborated with the producers of the prestigious HANNOVER MESSE in Germany to create a concentrated version of the show for U.S. manufacturers seeking digitisation and Industry 4.0 technologies.
„Our co-location of Hannover Messe USA has been incredibly beneficial.“
Ed Nichols, CEO of Hannover Fairs USA
Douglas K. Woods, president of AMT, says: "Co-location helped Hannover Messe become a familiar name in North America. The show is now ready to launch its own independent event, and we wish them success and continued growth." The initial Hannover Messe USA co-located show at IMTS 2012 occupied 23,350 square feet and featured 91 exhibitors, and the 2022 edition occupied 93,770 square feet and had 216 exhibitors. The IMTS 2022 show featured 1,211,206 square feet of exhibit space representing 1,815 exhibitors and had 86,307 registrants. "Our co-location of Hannover Messe USA has been incredibly beneficial. On behalf of everyone with Deutsche Messe AG and Hannover Fairs USA, we would like to thank AMT leadership and staff for the deep professional and personal relationships we have developed," says Ed Nichols, CEO of Hannover Fairs USA.