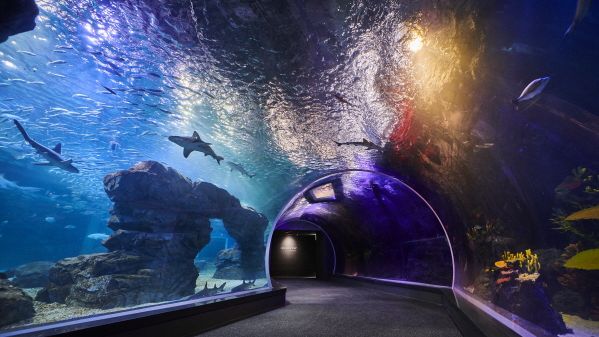 With the opening of a large-scale aquarium, the Suwon MICE Complex in Korea's Gyeonggi Province is officially complete. The new aquarium, 'Aqua Planet Gwanggyo', opened its doors on January 19, 2021, as the fifth aquarium under the nation's biggest aquarium brand, 'Aqua Planet', following locations in the 63 Building, Ilsan, Yeosu and Jeju.

Located inside Suwon MICE Complex, Aqua Planet Gwanggyo boasts a total floor area of 6,500 m2 with 2,000 tons of aquarium space. Establishment of Suwon MICE Complex began in early 2019 with the opening of Suwon Convention Center, followed by the opening of Courtyard Marriott Suwon hotel and Galleria Gwanggyo Department Store in January and March of 2020. Aqua Planet Gwanggyo marks the fourth and final addition to the complex. Located an hour's drive from Incheon International Airport and with a direct subway line which connects to Gangnam in 30 minutes, the Suwon MICE Complex will open its doors to new MICE experiences for delegates post-Covid-19.