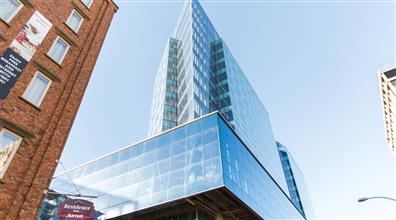 An official opening ceremony took place at Canada’s Halifax Convention Centre on 15 December. The new development, which is located in the city's downtown, features more than 120,000 square feet of new flexible events space. There are already 90 events booked, including 44 national and international conventions, for the first year of operations at the new facility. This includes the next edition of Rendez-vous Canada (RVC); the annual tourism market place, which is held in a different Canadian city each year.  Scheduled to take place 13 - 16 May, RVC will be led by Destination Canada and will connect UK and other international buyers with Canadian sellers of tourism products. In all, approximately 75,000 delegates are expected to visit the Halifax Convention Centre during the course of 2018, generating an estimated $50m in province revenue. The Halifax Convention Centre forms part of the 'Nova Centre', a mixed-used project that when complete will include a new hotel, financial towers, public plaza and retail space. It is the largest integrated development of its kind in Nova Scotia's history.  www.businesseventscanada.ca