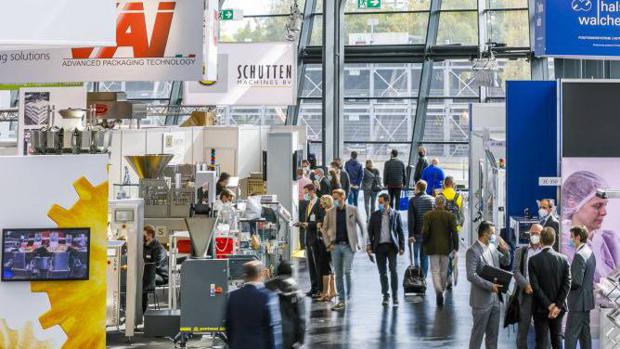 In financial year 2021 too, no trade fair company was left unscathed by the coronavirus pandemic. At NürnbergMesse, 77 of the trade fairs planned for the previous year worldwide, 51 had to be cancelled or postponed.


As a result, the NürnbergMesse Group saw sales of around 70 million euros (previous year: 110.3 million euros) and a loss of just under 50 million euros (previous year 68.6 million euros) in year two of the pandemic. Consistent cost savings, shortened work schedules and postponed investments prevented a much larger negative result according to NürnbergMesse CEO Roland Fleck. For example, personnel and material expenses were cut by about 25 percent from pre-corona-virus plans.
„For the first time, our digital formats generated ten percent of total sales. “
Peter Ottmann, CEO NürnbergMesse
The Nuremberg site currently has 566 employees (Nürnbergmesse Group: 943), roughly ten percent fewer (Nürnbergmesse Group: 20 percent) than in the pre-corona-virus reference year 2019. But: "Another part of our taking responsibility during this pandemic is that during this period we increased the number of apprentice and trainee positions to 51, and filled every one of them", said Peter Ottmann, CEO of NürnbergMesse Group. Cancelling or postponing investment projects for the exhibition centre saved nearly 70 million euros last year.

The deliberately pursued expansion of digital offerings has not only increased the range of exhibition topics: "For the first time, our digital formats generated ten percent of total sales", NürnbergMesse CEO Peter Ottmann enthused, celebrating the success of the exhibition company's digital strategy. For 2022, both CEOs see "a positive change of direction" and expect a mixed financial year, in which both the sales revenue and the results are substantially better than in the two "corona years" 2020 and 2021.