Sales in Nuremberg at 2005 levels 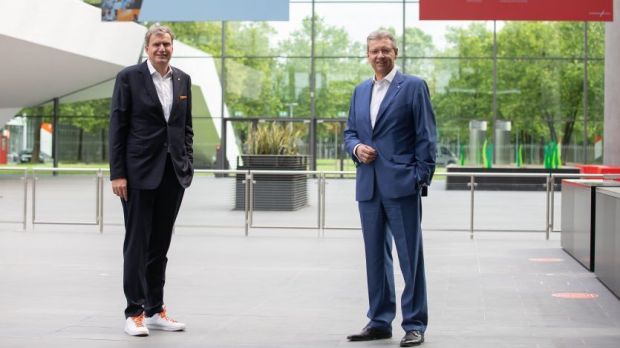 "The COVID year 2020 brought about a fundamental change in the rules of the game for the trade fair industry", Peter Ottmann, CEO of the Nürnbergmesse Group, explained at the company's hybrid annual press conference on July 8. The "flash freeze" of the business model has made its mark on the balance sheet: The group closed fiscal year 2020 with sales of 110.3 million euros (2019: 285.7 million euros), which is 65 percent below the reference year 2018.

"We last achieved this sales figure in 2005 (96 million euros) and 2004 (108 million euros)", CEO Roland Fleck reported. The group's losses are -68.6 million euros (group profit in 2018: 28 million euros). A more severe net loss was avoided by systematic cutbacks on expenses and investments.
„The COVID year 2020 brought about a fundamental change in the rules of the game.“
Peter Ottmann, CEO of the Nürnbergmesse Group
The principal measures were reducing personnel expenses (-25 percent) and material expenses (-40 percent) – the headcount was cut back by around five percent and without layoffs – and the investment volume of 54 million euros (-77 percent), including deferring major investments in the exhibition centre like the planned construction of NCC Süd. To date, the company has avoided redundancies. The management are expecting fiscal year 2021 to be roughly at the same level as the previous year, depending on how successful the restart is.