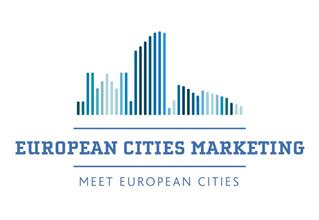 The latest ECM-MKG European Destinations Observatory report points out that in European cities, in 2016, the Revenue Per Available Room (RevPAR) experienced a modest growth (+ 0.7%) compared to 2015. With a stable Occupancy Rate (-0.1 point), growth is driven by the Average Daily Rate (ADR) up by 0.9%. These overall results hide great disparities between European destinations, some of them registering serious setbacks, while others grow at a fast pace.Throughout 2016, many cities on the axis crossing Belgium, France, Switzerland and Italy experienced a decrease in their RevPAR.

The aftermaths of the Brussels lockdown in November 2015 and the attacks of March 2016 have strongly impacted the performances of the Belgium capital, which saw its occupancy drop by 11.7 points and its RevPAR decrease by 17.6%. Antwerp and Ghent are also on a negative trend, with a RevPAR decline of 5.5% and 2.1% respectively.

As for the Italian cities reporting negative results, they often experienced a decline due to the exceptionally good results registered in the previous year: Milan's 19.8% decrease in RevPAR has a lot to do with the excellent results registered during the World Expo in 2015. Turin (-0.1% in RevPAR) had exhibited its Holy Shrine in 2015 and the City of the Doges, Venice had hosted the Biennale di Venezia the same year (-5.5% in RevPAR).

The year 2016 has clearly been prosperous for cities located on the Iberian Peninsula.

In the Iberian Peninsula, arrivals grew under the combined effect of internal dynamics (improved economic context) and carryovers of visitors from Mediterranean destinations affected by terrorist attacks (Turkey, French Riviera, Egypt, Maghreb...). All cities in Spain (+12.4%) and Portugal (+11.1%) registered a strong RevPAR increase. This is for example the case with Barcelona, which hosted many international business meetings this year (MWC 2016, Smart City Expo, etc...) or Bilbao (SPAOM 2016, AMPLAP 2016, etc...). These two cities grew by 11.7% and 11.2% in RevPAR respectively. San Sebastian, European Capital of Culture in 2016, recorded the best RevPAR increase in Europe (+18.3%). As for Lisbon, it hosted several international medical congress in the last part of the year (EUGMS Congress 2016, IGCS 2016, etc...) and posted a RevPAR change by 7.5%.

Last but not least, the « Brexit » did not turn visitors away from the United Kingdom.

Edinburgh and London kept registering the best Occupancy Rates in Europe (with 85.4% and 85.3% respectively).