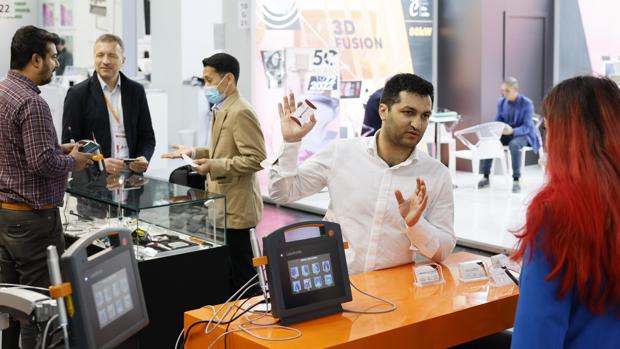 At least, 340 exhibitions are planned in Germany – which is around a quarter more than were possible in Germany this year. In the first quarter of 2023 alone, a good 120 exhibitions are scheduled – in 2022, only 18 fairs were held in the same period. Philip Harting, chairman of the Association of German Trade Fair Industry AUMA based in Berlin: "The trade fair industry in Germany is slowly regaining its rhythm again. We expect the support of the Federal Minister of Economics, not any new obstacles.

„The trade fair industry in Germany is slowly regaining its rhythm“
Philip Harting, chairman of AUMA
Then Germany will once again live up to its reputation as a top location for trade fairs." However, concerns over affordable energy dim the first outlook into the new year. AUMA's projections for 2022 show that 65 percent of visitors are back at German trade fair venues. By summer, the average number was still a good 55 percent of pre-pandemic levels. Since the autumn, the figures have been rising. The exhibitor figures are similar: On average, 70 percent are back in the exhibitions seen over the year – with a similar upward trend since autumn. Largely due to the trade fair bans in the first quarter, this year the overall positive effects on the economy from the trade fair industry will be only 55 percent of the pre-pandemic years, according to first figures. In 2019, the industry contributed 28 billion euro to national economic benefit. According to preliminary figures from AUMA, in 2022, 280 trade fairs will have taken place in Germany, 130 were cancelled. The overall economic damage caused by bans, postponements and cancellations of trade fairs since the beginning of the COVID-19 pandemic in Germany amounts to more than 56 billion euro, as well as nine billion euro less tax revenue. Nearly 180,000 jobs needed to be safeguarded through cutbacks in working hours.