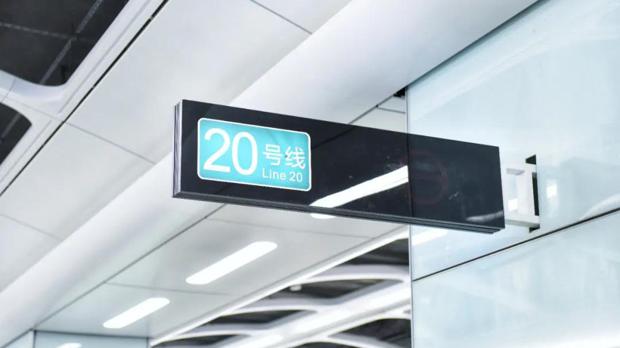 
Metro Line 20 is the first to operate with eight units of the type-A fully automatic driverless train and the running hours are from 7 a.m. to 10 p.m. On weekdays and weekends, Line 20 will operate under the single rail mode from Airport North to Convention & Exhibition City.