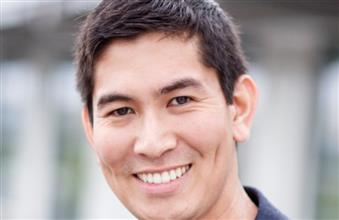 IBTM announced Dex Torricke-Barton, former Head of Communications at SpaceX, Executive Communications Manager at Facebook, and Executive at Google, as the second of three keynote speakers lined up for IBTM World 2018, which takes place in Barcelona from 27-29 November. The session forms a key part of this year’s ‘innovation, technology and creativity’ stream of the Knowledge Programme and will kick-off the schedule on Day 3. Titled ‘How technology will transform the meetings and events industry’, Dex Torricke-Barton will take audiences into Facebook’s boardroom, Elon Musk’s open-concept cubicle, the famed Googleplex, and finally to the UN itself to share his insights. He will share his experience working for some of the world’s most innovative and technology-driven brands and evaluate the emergence of macro societal trends, including the rise of globalisation and nationalism, as well as the development of specific technologies including virtual reality and live-streaming, to forecast which technologies will take hold and how they will alter the meetings sector, work, and business operations permanently.

Dex led executive communications at Facebook and served as Mark Zuckerberg's personal speechwriter. He also worked alongside Elon Musk at SpaceX; Google co-founder Larry Page; former Executive Chairman of Google Eric Schmidt; and UN Secretary General Ban Ki-moon. Dex left his role as head of communications for SpaceX in 2016 to focus on a social change project called Onwards, founded in partnership with a group of Silicon Valley innovators. He is currently writing a book examining the impact of technology in solving social divides around the world.