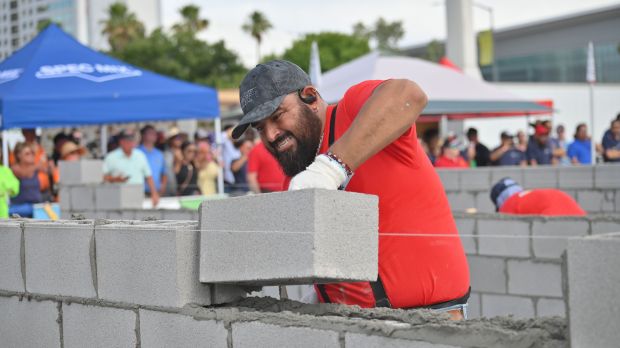 SISO and UFI have published a deep dive case study focussing on the production of World of Concrete (WOC) 2021. With WOC being held from June 7 to 10, 2021, Informa Markets has led the way for the industry by reopening the Las Vegas Convention Center (LVCC). After being postponed from its original dates in January, the 46th edition of WOC was the first show to use the LVCC's new $1 billion, 1.4 million-square-foot West Hall expansion.

Originally set to open in January 2021 with CES, the West Hall features 600,000 square feet of exhibition space, including 328,000 square feet of column-free space. An open-air atrium features a 10,000-square-foot digital screen. Offering views of the Strip, a 14,000-square-foot outdoor terrace can hold receptions of up to 2,000 attendees.
The numbers
The WOC exhibit hall opened with 650 exhibiting companies across just under 300,000 net square feet of exhibit space. The show drew 18,254 attendees over the course of three days. By comparison, WOC 2020, held from February 3 to 7 at the LVCC, drew about 54,000 registered professionals and 1,310 companies exhibiting across more than 700,000 net square feet. International visitors came from 29 countries outside of the U.S. The 2020 show generated $59.6 million in direct and $103 million in indirect economic impact.
In addition, there was plenty of media buzz over the debut of the LVCC Loop, the underground transit system developed by Elon Musk's The Boring Company. The $52.5 million people-mover system transports convention attendees in all-electric Tesla vehicles throughout the 200-plus-acre campus — all 40 feet beneath the ground.