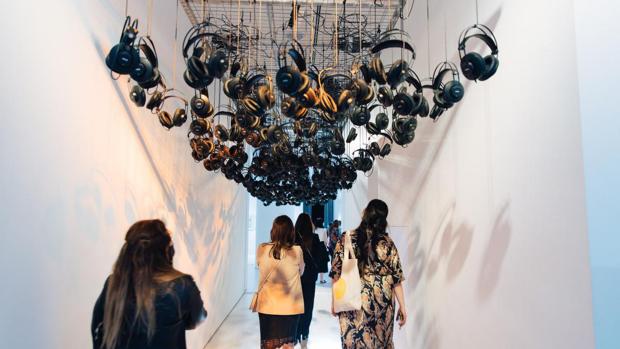 Travel Trade Athens is the signature B2B marketing event of the City of Athens.


From 9 to 10 May 2022 more than 60 representatives of foreign companies in the tourism and events industry came to Athens for Travel Trade Athens, connecting Athens to key markets in Europe, the UK, the United States, and the Middle East.

Athens re-established its presence in the global tourism market during Travel Trade Athens 2022. The event is a catalyst for the dynamic and sustainable return of visitors to Athens, with more than 160 representatives of Greek and international companies holding meetings during the event.

More than 60 representatives of foreign companies in the tourism and events industry came to Athens for the two-day event, connecting Athens to key markets in Europe, the UK, the United States, and the Middle East. They had more than 1,500 meetings with representatives from 90 Greek companies with the goal of completing business agreements that will strengthen the economy of Athens.

Ten journalists from major international media were hosted alongside the buyers and suppliers and participated in parallel events that included a series of authentic urban experiences, events and seminars for the participants.

"Athens is back, and it has returned with optimism, positive momentum, and I dare say enthusiasm despite the challenges that we continue to face. To a large extent, this is due to the fact that we have managed all together to turn the crisis into an opportunity. The pandemic has allowed us to reestablish ourselves internationally," said Kostas Bakoyannis, Mayor of Athens.
„Athens is back and looking forward – with the biggest players in Greek tourism as our allies.“
Kostas Bakoyannis, Mayor of Athens

In addition, Bakoyannis stated that now that the crisis is over and business has successfully resumed, more work must follow. After the B2C and B2B offers of the last years, a paradigm shift must take place in order for the city of Athens to remain sustainable and livable.

In the course of efforts to reintroduce Athens to the international arena, Eftichiοs Vassilakis, President of Aegean Airlines announced that Aegean continues to invest in connections between Athens and the world with a network of 116 direct destinations in 42 countries, 20 of which are new since last year. The Airline is continuing with the renewal of fleet, with 22 additional new A320 and A321 neo that will be added to our fleet in 2022 and 2023.

Athens is ready to meet the world

Vagelis Vlachos, CEO of the Athens Development and Destination Management Agency summed up the Travel Trade Athens as follows: “Despite all the difficulties given to us, the pandemic also gave us an opportunity to design and put into action a comprehensive development plan for the City of Athens. It was a chance to reposition and develop Athens as an attractive, accessible, and sustainable city. To implement this strategy, we focused on two pillars: to emphasize conferences and meetings in order to strengthen our position as a top choice for business, and to promote and empower local businesses with initiatives that promote entrepreneurship and innovation. The 8th Travel Trade Athens covers both of these axes – that’s the invaluable partnership between the This is Athens-Convention and Visitors Bureau and the European Tourism Association (ETOA). Now, we are ready for Athens to meet the world.”