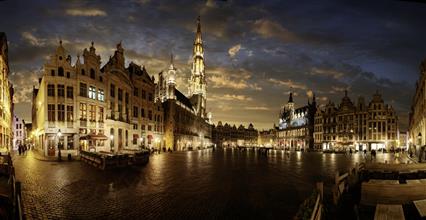 Welcome to Brussels, Europe’s capital city and more than ever, its major regional hub for international associations.  This year visit.brussels accelerates its strategic shift towards developing the city as the major European gateway for more than 2,000 international associations based in Brussels. Helping them achieve their international business goals is now our top priority.  Brussels has joined already Washington, Dubai and Singapore in the Global Association Hubs partnership, to help associations grow in the world’s key regions and serve their overseas members.
The annual European Association Summit (EAS) in Brussels organised as a peer-to-peer knowledge and learning forum, is an early success from our new approach supporting associations.   N° 1 European city for association congresses: Brussels’ popularity as a meeting centre continues to strengthen. For the 7th consecutive year, UIA (Union of International Associations) rankings show Brussels is the N° 1 European city for association congresses. Looking at the wider meetings and events market, Brussels ranks firmly in the top 10 destinations in Europe, ahead of many larger rivals, according to Cvent, the leading event management platform. On a worldwide basis Brussels has jumped four places up the ladder to 13th spot, based on 2014 data from the ICCA (International Congress and Convention Association). The most diverse capital in Europe: The infrastructure and resources developed to host the European institutions and the meetings industry have helped project Brussels as a truly global centre. Indeed the latest ranking of the International organisation for Migration positions Brussels as the second most cosmopolitan city in the world! It is clear that people everywhere want to come and work in Brussels. Stream of new attractions: In parallel to the meetings industry, this is also an exciting time for cultural development in Brussels.   The first museum in Brussels Expo park has just opened: the Atomium Art & Design Museum (quickly adopted as ADAM) and the inauguration of the Train World museum in one of the city’s finest old railway stations. Now eyes are turned to the canal area, where life is bouncing back. The MIMA (Millennium Iconoclast Museum of Art) in March 2016, will be followed by MOMA (Museum of Modern Art) in the iconic Art Nouveau Citroën building in a few years: Brussels’ own centre for modern art competing with the best in Europe! On a lighter note, Brussels will put its proud popular heritage on show at the opening of the Belgian Beer World in the old stock exchange building in 2018. And last but not least, The House of European History is opening next Spring …   With so much happening in the city, we all look forward to welcoming you soon in Brussels – the diverse international city and European gateway!