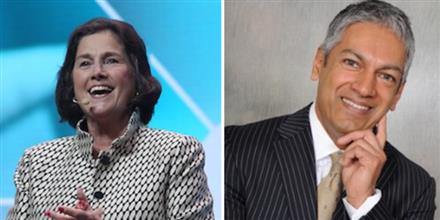 The Professional Convention Management Association (PCMA) announces a change in leadership. After more than 12 years, President and Chief Executive Officer Deborah Sexton has decided to move on from PCMA and will step down after the upcoming Convening Leaders event in Nashville this January.

Sexton shared her decision with the Board of Directors at the September meeting. The Board voted unanimously to approve Chief Operating Officer Sherrif Karamat as the new CEO. This follows careful succession planning at PCMA, where Sexton and Karamat have worked closely together since 2005. In addition to her role as CEO of PCMA, Sexton has also served as president of the PCMA Education Foundation and publisher of PCMA’s Convene magazine. Under her leadership, and working in partnership with Karamat, the association more than doubled its membership and revenue, as well as expanded its global reach.

“It has been a privilege to serve PCMA,” said Sexton. “This organization continues to lead the way in the business events industry due to the dedication of our staff, the leadership of our Board and wisdom of our membership.”

“I am honored to succeed such an inspiring leader, and I’m appreciative of the Board’s vote of confidence,” said Karamat. “Because of the strong foundation that has been established by Deborah’s leadership, I know we will build upon this great platform.”

Sexton will continue as CEO through the January 2018 Convening Leaders meeting in Nashville, TN, and will remain in a strategic advisory role with PCMA through March. Karamat’s first day as CEO will be Jan. 19, 2018.